Seoul, South Korea – SSenStone announced an infusion of 5 billion KRW (about £3.2 million) in new investment from Korea Development Bank (KDB) in recognition of its technological prowess and marketability of its world's first one-way dynamic authentication technology, One-Time Authentication Code (OTAC). The leading cybersecurity specialist plans to accelerate its business development in global markets targeting the financial, telecommunication, and Internet of Things (IoT) industries, in which next-generation authentication solutions in cyber security are in high demand, by putting the strong security and unparalleled convenience of OTAC technology at the forefront.

This investment is the result of SSenStone's technology high evaluation and growth potential while the need for proven authentication security solutions is gradually increasing due to the spread of digital transformation around the world. It is expected to be of great help to SSenStone in pioneering the global market opportunity of its pioneering card tapping mobile OTP business.

Recently, the award-winning startup has been making remarkable strides. After supplying card tapping mobile OTP for large remittances to Toss Bank in the second half of last year, financial service firms, public institutions, and enterprises have been showing lots of interest in the first-of-its-kind technology. SSenStone is currently actively discussing supply its card tapping mobile OTP with a number of customers not only in Korea but also in Europe, the U.S and Asia.

Chang-Hun Yoo, CEO of SSenStone and swIDch, said, “Since its founding, SSenStone has been pioneering 'a completely new market that no one has been to', not only in Korea but also overseas, against the prejudice of 'technology and innovations that are often impossible to realize'. As we have gained a strong supporter through this investment, we will continue to increase innovation cases by actively searching for and discovering industries and markets around the world that had to give up their business models due to the limitations of existing authentication technology."

[ET News] 2020.09.15 Startups that continue to perform well overseas are attracting attention. It... 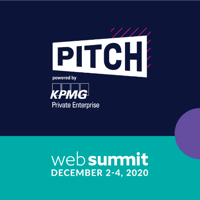 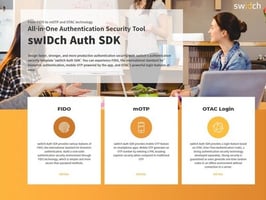